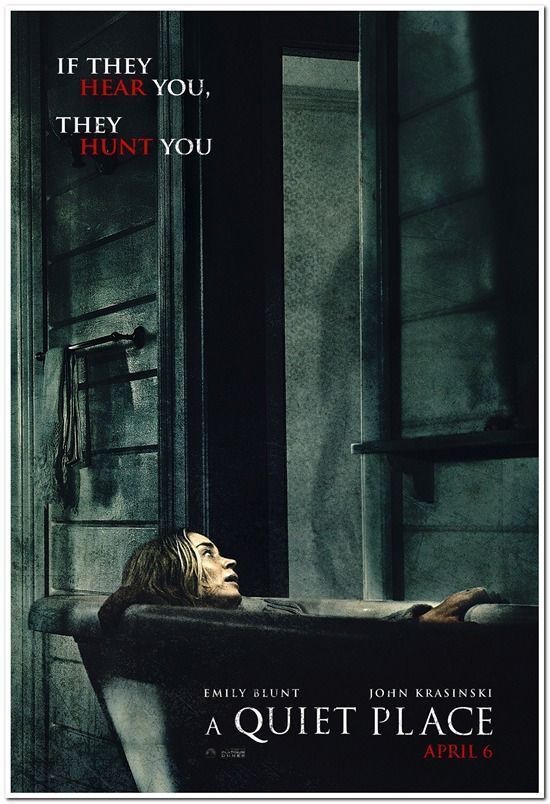 Now if we wasn’t in the lockdown situation and if we didn’t have the Coronavirus, or should I say if the Coronavirus never existed at the time of writing this blog then I would have by now gone to the cinema and watched the second part to this movie and I would not only be reviewing this movie but also the second part to this movie too which was supposed to be released last month in March, but as the Coronavirus took hold the movie got held back and is now currently in an unknown release date and plus the cinemas are also shut at the time of writing this blog too so I can’t go and see the movie even if it was out anyways

I would probably say that this movie was more of a drama or sci-if at the very least, I also found the movie to be very silent but of course the movie is called A Quiet Place and the characters that are involved in this movie have to be silent or they will get killed by these creatures

Emily Blunt stars in this movie, and I think she plays the role fantastically and amazingly, the movie lasts around 1 hour and 30 minutes so it’s not too long and it’s not too short neither, I also think that the ending to this movie definitely serves up for there to be a sequel which we know that there is a sequel on the way but when that gets released is currently unknown at this time of writing the blog

So I found the movie to be good and I found the music and the score to this amazing I think it tied in really well with the very silent parts of the movie so I would recommend to this to anyone who enjoys a silent movie to someone who wants to see not a lot of action on screen.. it’s a very good movie and I can’t wait for the sequel to be released hopefully later this year which I will go and see and will review for my blog later in the year