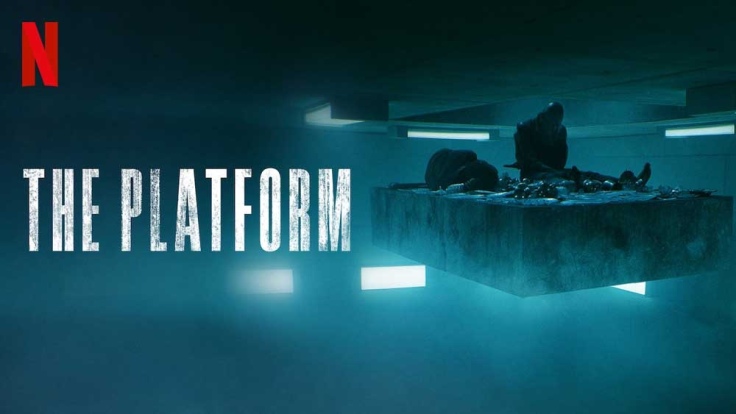 Hello and welcome to the next movie review of a movie that I have recently watched over on Netflix.. this next movie that I will be reviewing is called The Platform and at the time of writing this blog its available to stream on Netflix right now

I found this movie to be very interesting it’s about being in a prison and it’s also about being a fight for survival… that’s basically what the movie is about it’s about making sure that there’s plenty of food to go around, I just got a little confused though about where the food starts to get sent off to and when it starts to run out I am pretty sure as the platform goes further up, the less people have to eat, or it could be the other way around where the people at the top get to eat whatever they want and the people on the lowest prison block level have less to eat or barely very little to eat

I have heard so many people talking about this movie before I decided to give the movie a watch for myself, and I can see why it’s being talked about a lot, I couldn’t keep my eyes away from the screen I wanted to know more as to what happens next, I was just very focused on this movie and thought it was really good, something that I may rewatch every now and then and I would also recommend to people who are stuck for things to watch on Netflix especially right now as at the time of writing this we are on lockdown here in the UK and I am sure that there are people out there who are stuck for things to watch on Netflix that’s why I would recommend giving this movie a watch