The Hunt is from the people that brought you Happy Death Day, Ma, Halloween, Get Out, Fantasy Island, The Invisible Man, The Purge and so many more films, of course I’m talking about Blumhouse Productions here, my favourite movie company who’s work I am a huge fan of

The Hunt is a very gorified looking movie to be honest, there’s a lot of gore in this movie from start to finish so if you’re one of the squeamish type people that doesn’t like the look of blood on screen then this movie certainly is not for you however if you are someone who’s really into the horror movie genre and enjoys watching horror then this film is definitely up your street 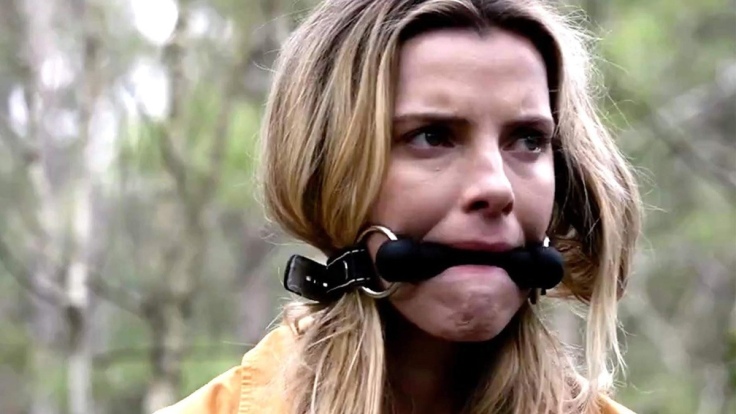 This is the other thing and this is what I love about Blumhouse Productions, they always like to turn their movies on it’s head meaning that they love to put twists and turns in the movie, and you know what that’s what keeps this film interesting from start to finish and also what keeps me on the edge of my seat when you start to believe a certain character but later on turns out not to be true, that’s the kind of stuff that keeps me on the edge of my seat here and I really did enjoy it from start to finish

The only problem that I had with this movie was the running time, it’s an hour and a half long so for some cinema goers that’s a good thing for people that don’t like to sit and watch a movie for 2 or 2 and a half hours long, but for me I felt the movie could have been slightly longer, there was so much action to cram in to an hour and a half and I guess at the time of making this movie Blumhouse only had a certain budget and had only such amount of time to tell this story which is why it is 90 mins long, but either way I still enjoyed the movie and it did have some comedic lines in the movie throughout too to keep you laughing

Would I recommend this movie? Well like all of Blumhouses work I would recommend this movie to my friends and family and for people who are simply trying to find an amazing movie to watch at the cinema but like I say this targets to people more of the horror genre who likes the gore and the blood on screen but it’s also filled with action from start to finish too which makes the movie even more enjoyable