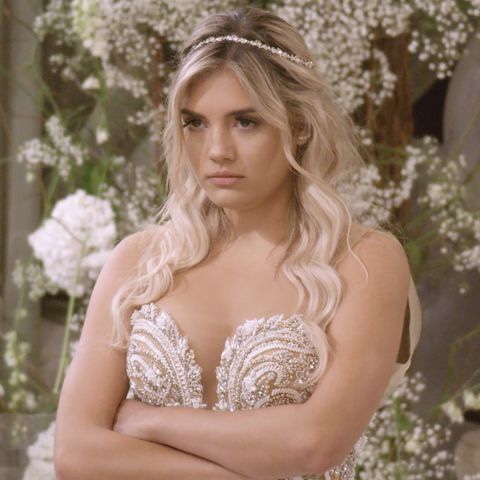 Welcome to a review I never thought I would actually be talking about or even reviewing for my blogging website – but the reason why I am talking about this is because I have watched this show called Love Is Blind over on Netflix, now I don’t normally watch these types of programmes because I just think they are ridiculous and pathetic but, I watched the very first episode of this and was instantly hooked so I’m gonna talk about it here on my blogging website

So what is the show about? Well as my partner put it, it’s Love Island meets The Circle who h are two popular programmes here in the UL, one is on ITV2 and normally airs in the summer although they recently aired a winter version and the other airs on Channel 4 here in the UK, but this is an American based show all the contestants are American and they are all single looking for love

So these singletons, they do this experiment as they call it to see whether love truly is blind or not, what this experiment entails is the singletons go into a separate room, you have the female contestant on one side of the room and the male contestant on the other side of the room, can they see each other? No they can’t, can they hear each other’s voices? Yes they can because the only thing that’s keeping them apart and from seeing each other is a really thin wall

So once the marriage proposal has been accepted the couple who have spent the last few days getting to know one another from a pod finally get to meet each other in person, they walk down the red carpet and come face to face, a lot of them have a happy reaction to meeting one another and are shell shocked at how handsome or beautiful one another are and how lucky they are to be with each other, the next question is do they kiss straight away after asking them to marry one another? Of course they do

So you see with this show they are hooking singletons up in order to help them find love again but are they finding love in terms of a relationship? No they are finding love in order to get married… so this is kind of like an arranged marriage type thing except it’s not your parents arranging the marriage it’s a reality TV show that’s arranging it

So of course once the contestants have finally met the one that they have asked to marry they go off to a holiday resort, it was at this point of the series that I thought I was watching an American version of Love Island, along the way the couples started to get to know each other better now that they have finally met their new fiancées, along the way their is drama for one couple which I won’t reveal who as I wanna keep the couples identity a secret just in case you decide to watch this series for yourself on Netflix but I can reveal the argument does escalate and they decide to split up and leave the show

So of course as we get to a few episodes more into the show, we then see the groom and brides pick out their suits and wedding dresses, now this is then when I felt like I was just watching some fashion TV show, which again because I’m not one into the fashion type programming I wouldn’t think I would watch this episode but because I was completely hooked on this show I just had to watch it to see what happens

So the weddings and the show itself must have been filmed in 2018 and the reunion show must have been filmed in 2019 in order for them to do the reunion show of course but they of course had an interview with all of the contestants as to why some of them didn’t go through with the marriage and what made some of the couples say to each other I do when they were down the aisle, they also caught up with the contestants to see what they are doing with their lives now and what impact the show had on them especially doing this experiment