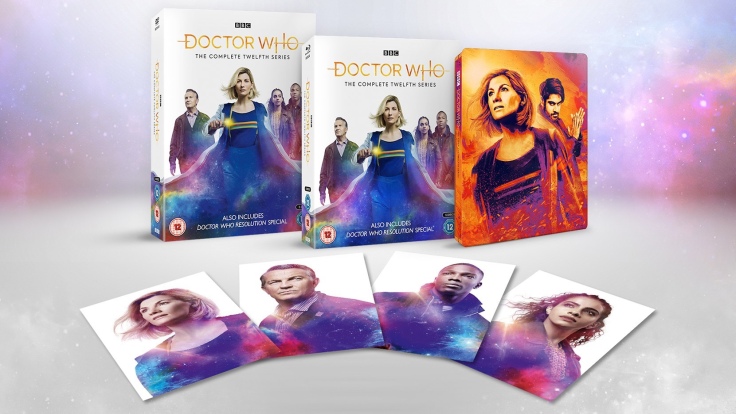 Hello all and welcome to my blog post about Doctor Who… now I thought I would air my thoughts and opinions on this show because well things have changed dramatically about this show and I want to get my thoughts out there about the show..

So I’m going to start this blog post with a little backstory, now I first started watching Doctor Who from Series 3 when David Tennant was The Tenth Doctor and he was about to get a new companion in the TARDIS called Martha Jones, I continued to watch Doctor Who from there, and I still watched it when David Tennant left, when Matt Smith became The Eleventh Doctor, I still watched the show when Peter Capaldi became The Twelfth Doctor and now Jodie Whittaker is the first female Doctor and also The Thirteenth Doctor… so let me start off with Jodie Whittaker’s first series as The Doctor

So Jodie Whittaker’s first series as The Doctor kicked off in 2018… now I am not gonna lie but I hated Series 11 of Doctor Who, it wasn’t the strongest series I have ever watched, it just felt like a TV show that I was watching from CBBC, it felt like every episode was just an educational lesson, it just didn’t feel right at all 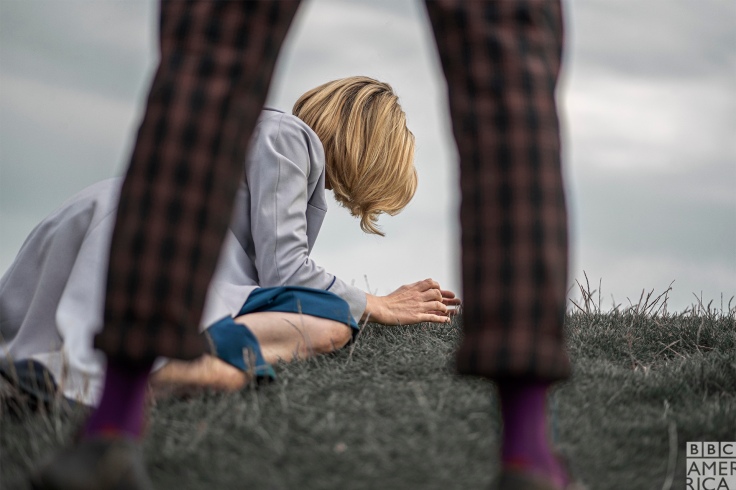 Now before the end of 2018 it was announced that The Daleks would be returning to Doctor Who in the 2019 New Years Day special titled Resolution, I gave that episode a watch on New Years Day 2019 and I found that episode to be “ok” it wasn’t the best episode of Doctor Who I have ever watched and again it wasn’t the best Dalek episode I have ever watched neither, it certainly was one of the weakest episodes that I have seen, but at least I did give the show another try, because I was starting to get worried at this point because I grew up watching this show and it would be such a shame for me to give up completely on a show that I fell in love with growing up

So let’s talk about Spyfall now at first I really wasn’t enjoying the episode but then, I think as it gradually got to the end, that’s when I finally thought to myself you know this could be a really good series now, maybe the first series was t that great but this series could turn out great especially when it was revealed that The Doctor and her evil enemy The Master came face to face once again and of course The Master is being played by someone completely new too

Now the good thing is that I started instant falling for this version of The Master because there is one incarnation of The Master that I loved and that was David Tennant’s era of The Master played by John Simm, he played The Master perfectly and so damn great too, but I actually was getting John Simm vibe Master from this new actor taking over the role as The Master, so the actor playing The Master now is called Sacha Dhawan and he plays The Master so beautifully and perfectly too 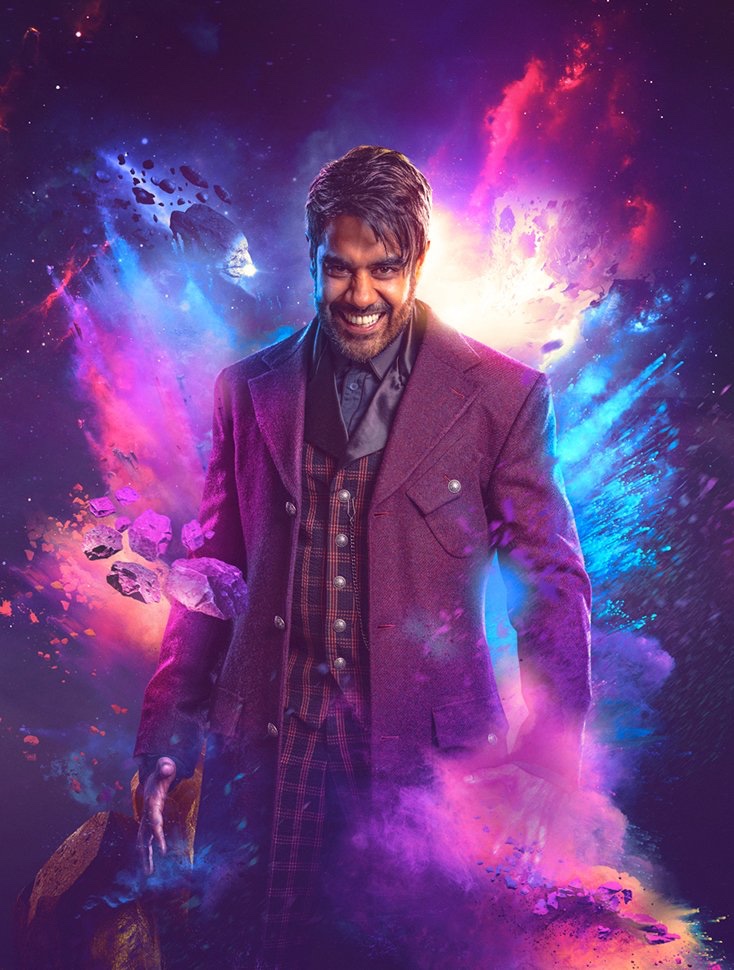 Spyfall Part One And Two

Fugitive Of The Judoon

Ascension Of The Cybermen

Those are the only 5 episodes out of the 1 episode series that I really enjoyed, I enjoyed Spyfall Part one and two because of the fact that it featured The Master, I enjoyed Fugitive Of The Judoon because not only did it feature Tha Judoon which is the first monster that David Tennant’s Doctor first encountered in the first episode that I watched of Doctor Who all those years ago but it also featured a surprise appearance from Captain Jack Harkness played by John Barrowman, and it also featured the first female black Doctor too played by Jo Martin who went under the name as Ruth before being revealed as The Doctor in what became a very confusing episode, it left all us Doctor Who fans wanting answers to some of the very obvious questions such as where does Jo Martins Doctor fit in the timeline? Etc

For years and years Doctor Who fans around the world were led to believe that The Doctor was born on the planet Gallifrey, she’s a Time Lord with two hearts and has the ability to change his or her face at least twelve times before dying completely… but all of this were all LIES…

The Doctor was found as a child, by a woman who was travelling outside of Gallifrey, she found The Timeless Child as she was known back then was taken back to Gallifrey and looked after from there, as The Timeless Chikd began to play and git into a fight with a little boy over a toy rocket she fell from a cliff, everyone beloved she had died until her “adoptive mother” found her, that’s when The Timeless Child regenerated (began to change her face and appearance) and The Timeless Child was also the very first person to ever regenerate on Gallifrey too

As her “adoptive mother” found out that she could change her face and her appearance she started running some tests on The Timeless Child, The Timeless Child began to age and become old, and in the end found a way to mix her DNA with The Timeless Child’s DNA, which enabled her to regenerate, this was how The Time Lords first came about at this point, they technically stole The Doctor’s DNA in order for them to change their appearance everyone they got shot, they then made a rule that they would only be able to have the ability to regenerate for twelve times and then they would die after that – so the good thing about this now is that we finally know how The Time Lords first came about and how they originated 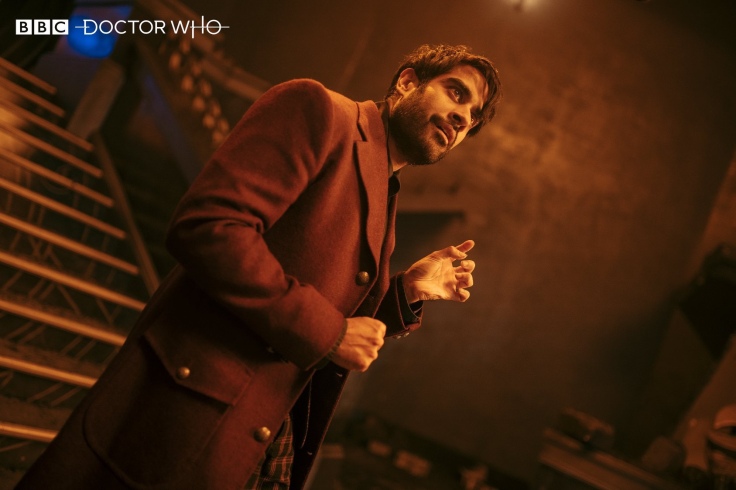 Now this is what I wanted to really talk about in this blog post because some Doctor Who fans are happy that the writers have gone into this new direction because it kind of looks back on the past now, there’s so many unanswered questions now in regards to who The Doctor really is, and stuff like that, but there are some fans of the show ho thinks going down this route or going down this direction is a bad thing or bad decision because it “completely ruins the show”

The second good thing about this is this doesn’t affect any of the past Doctors at all not even the original Doctor William Hartnell who played The First Doctor way back when Doctor Who started in 1963.. at least we know that The Doctor has a life way before The First Doctor and it’s good that we will finally get to see that hopefully in Series 13 when I am sure all of the series finale questions will be answered… we also know where Jo Martins Doctor stands in the timeline as well

The really sad thing about this is that The Time Lords wiped The Doctors memory so she wouldn’t be able to remember any of her past life as The Timeless Child at all which is why it’s taken her up to now to realise that she had a life before The First Doctor but the good thing now is that The Doctor is this mysterious person that nobody knows nothing about, we don’t know where’s she from, or what species she is because we now know she’s not a Time Lord, all we know is that she is this mysterious time traveller who uses a police telephone box to travel through space and time

So since the series finale of Doctor Who it has become more watchable again and it has become a lot more interesting so now I ha e to wait along with the rest of the Doctor Who fans out there to find out what happens next after THAT big reveal, at either Christmas or New Year 2021 in the episode titled Revolution Of The Daleks, really excited because this is ANOTHER Dalek episode that I can look forward to, towards the end of the year but I certainly can’t wait for Series 13 next year hopefully because that will give me all the answers to the questions that have been left unanswered from this series